I used to cringe each time our doorbell rang. Nine times out of ten the person on the other side of the door was Lindy, the girl from a few houses down the street.

"Can I help your mom with the baby?" she would ask next.

Before I could say no, there was my mom inviting her inside again.

"Where's the baby?" Lindy asked. She asked that same question every time she walked inside the house. And the answer was always the same.

"He's in the family room," my mom would say, smiling as she watched me silently mouthing the words along with her. 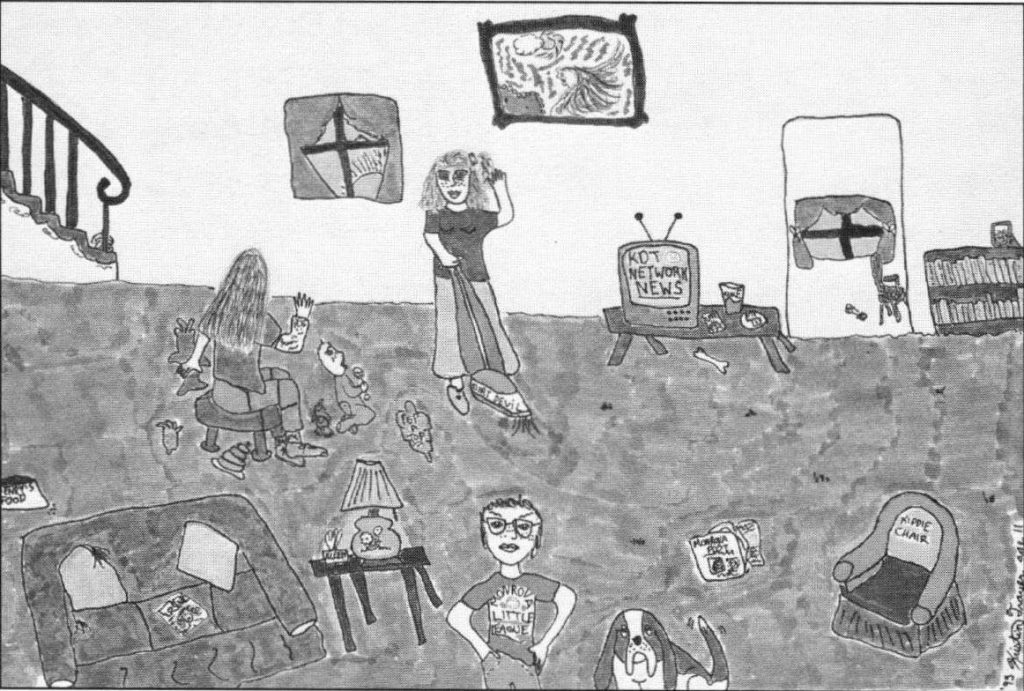 My baby brother, Kelly, liked Lindy. He liked her a little too much, if you asked me. He'd squeal and laugh when she made silly faces at him or tickled his feet. To make matters worse, whenever Lindy played with Kelly, she'd take out every one of his toys. You can guess who would have to put them away later on.

While she was busy with Kelly and my mom, I'd sneak out of the room. But no matter where I went, Lindy soon found me. It was as though she had radar. "I'm bored," she'd say.

Why don't you go home then? I thought to myself, but I never could say it out loud.

Most of the time she would just stand there and stare at me until I asked her to play Nintendo. She would talk and talk all through the game, especially when it was my turn to play. She talked so much that it ruined my concentration. I lost a lot of lives that way.

If she had not been such a pest, I might have liked her visits. After all, she was quite pretty. And she always let me be the first person to sign her casts. Usually ten-year-old girls like flowers and silly stuff like that, but Lindy thought my pictures of black widow spiders were pretty cool.

I remember drawing my first spider. That was the day I met Lindy. I had wanted to bring some interesting insects to school the next day but found only two sow bugs in my own yard, and one of them was dead. I put both of them in a shoebox. I decided the pickings had to be better around the neighborhood. Instead, I was the one who got picked.

"Hey, boy with the glasses, what are you doing?" Lindy yelled.

"Looking for bugs. Got any good ones?" I answered even before I spotted her sitting on her front step.

"I don't know. We just moved here last week," said Lindy. "I'll help you find some bugs, but first you have to sign my leg cast."

Since I was getting quite desperate for bugs, I agreed. Neither of us had anything to write with, so I went home to get a marker. My mom said I could borrow her red and black pens as long as I returned them and didn't get the ink on my clothes.

I decided to make a drawing of a black widow spider because it was the only thing I could think of that is red and black and pretty easy to draw. Lindy liked it. She said it looked almost real. (When Lindy broke her arm a couple months later, I drew two black widows. And the time she broke her finger, I made an itsy-bitsy spider.)

Then she asked if she could see my bugs, so I opened the lid of the shoe box. When I looked inside, I couldn't believe my eyes. Next to my two sow bugs, Lindy had placed two stink bugs, a ladybug, and a couple tasty-looking leaves for all of them to eat.

"We do have some good bugs here after all," laughed Lindy.

I thanked her for the surprise. It was almost dinner time, so I said goodbye to Lindy and told her to come over to my house sometime.

The problem was Lindy wanted to be at my house all the time. She was always hanging around my house. I used to ask my mom, "Why doesn't she stay at her own house?"

"Maybe she likes you," my mom would say. Then she laughed when I scrunched my nose. That would get me madder. 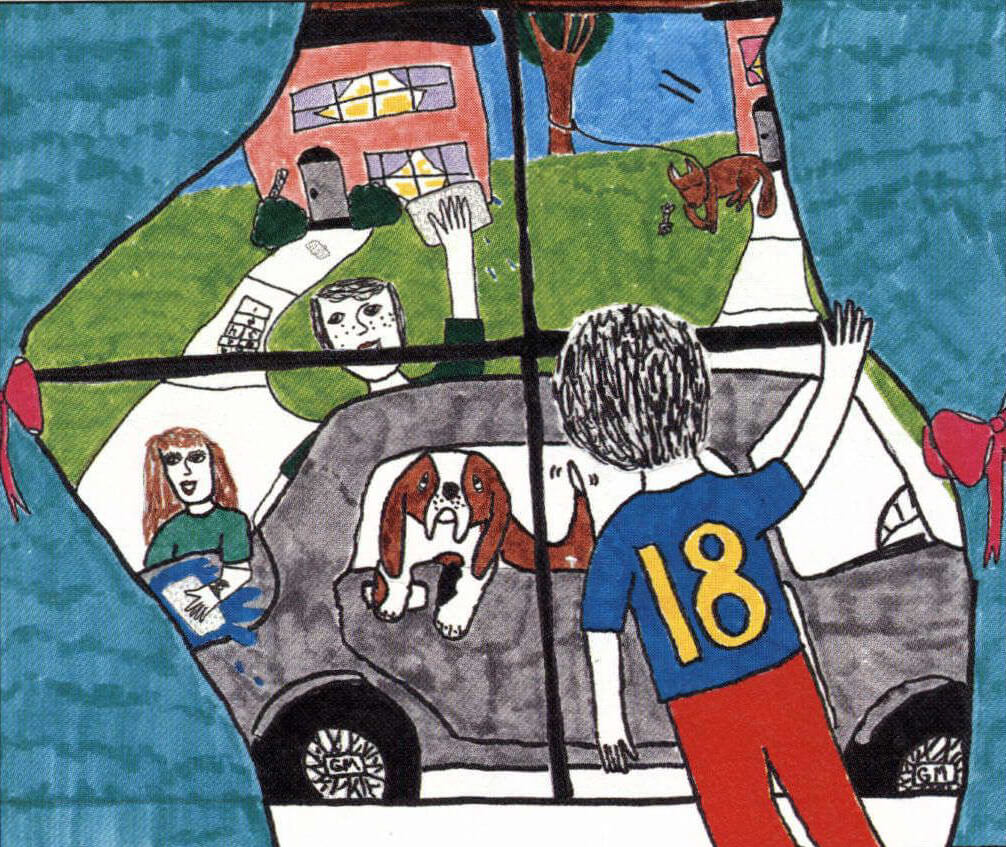 Sometimes Lindy wouldn't even have to ring the doorbell for me to know she was around. One time I got a strange feeling and looked out the window. Guess what I saw. Yes, it was Lindy. She was helping my dad wash his car.

I liked helping my dad wash the car, but I didn't want to do it with Lindy there.

"She has a family. Why does she also need ours?" I asked my dad when he finally came in the house.

One day, not so long ago, I went outside to get the mail from the mailbox. I saw two patrol cars parked outside Lindy's house. I was curious, so I sneaked around some bushes and waited.

"He didn't mean to hit her that hard," yelled Lindy's mother.

Lindy wasn't crying, though. She was just talking (as usual) to the cops. They opened the police car and she started to get in. Then she spotted me.

"He's my best friend," she told one of the officers as she pointed directly at me. Then she smiled and waved.

I waved back. And I kept on waving as the patrol cars sped away and out of view.

The doorbell doesn't ring too much anymore. But when it does, I run to get there first. I am always hoping it will be Lindy.