A note from Jane

We can’t wait to receive your manuscripts, and we're sure many of you are taking this part of the summer to work hard on your books—maybe revising, adding some finishing touches, or even adding a whole new section or group of poems. The deadline is midnight PDT on Monday, August 10. Happy writing!

One of the things that has brightened up the past few months for me has been working on the Stone Soup COVID-19 blog. You have sent us poems, stories, journal entries, commentaries, cartoons, photographs, and artwork. Some are hopeful, some are sad; some are reflective, others issue a challenge; many are beautiful, and some even make us laugh! It's so interesting to look back and see what our contributors were thinking and saying about this situation three or four months ago, and what they are saying today—some things have changed, and a lot has stayed the same, and everyone’s feelings are shifting around all the time. But the fact that you are all using this time to create and reflect is really inspiring. We hope you will continue to send us your work and read it on the blog every day, as well as enjoy all the great work in the magazine.

Chloe Mancini’s artwork, above, is a terrific example of the power of many of the pieces on our COVID-19 blog. It takes real skill to make digital artwork like this, where you actually sense the emotion of the subject. We all know that feeling when your eyes are just brimming over with tears. I really feel for this girl as she stands in the moonlight wishing on a glowworm (or at least that’s how I read it!), and I sincerely join her in her wish for a brighter tomorrow!

Andrew Li’s story, below, is another of this week’s special pieces from the blog. What a creative leap it is to take the perspective of a surgical mask as a way of reflecting on the current situation! We have spent a lot of time talking about perspective and characterisation in our Daily Creativity prompts and at our writing workshop, and this is  a really lovely example of taking a quirky perspective in order to look at a known situation in a new way.

For this weekend’s activity, I suggest we follow Andrew’s lead and look at the world from the perspective of an inanimate object. It doesn’t have to be anything to do with COVID-19! 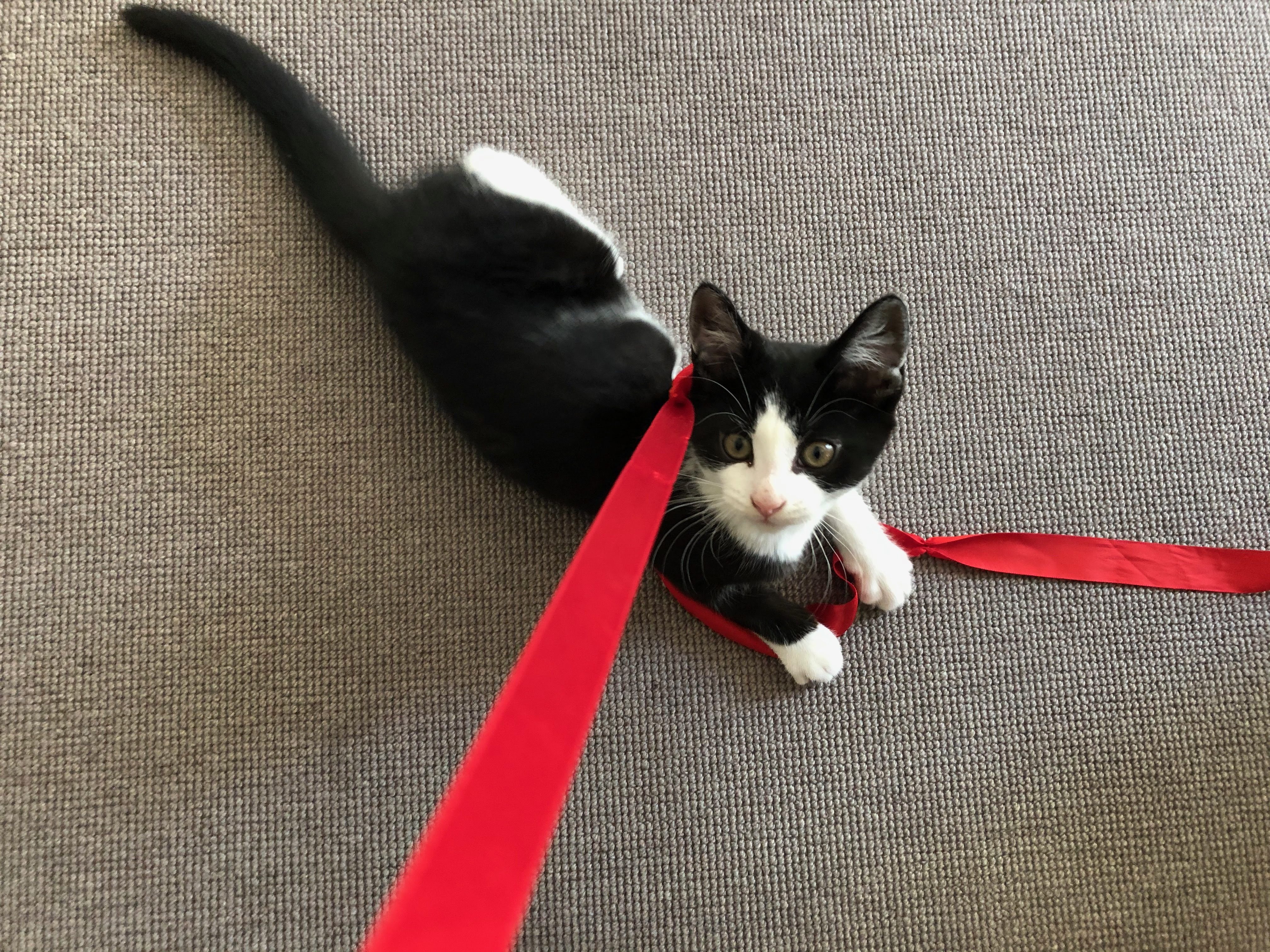 I think I might try writing something from the perspective of one of my kittens’ toys (Kimchi, now almost 4 months old). When she isn’t jumping on my keyboard or tracing the tracks of my mouse pointer on my screen with her paw, she can chase a ribbon for hours. If that piece of red satin had feelings, I’m sure it would be both exhausted and upset to have been (slightly) shredded by those claws . . .

Have some fun with this exercise, and if you are happy with what you write, please send it to us!

Weekly Flash Contest #14: Write a story or poem inspired by a Renoir painting.


Our entrants wrote a story or poem inspired by Renoir’s painting this week. We received more entires than we expected and, as always, enjoyed reading all of the writings that were submitted. It was fun to see how differently many of you approached imagining going into the scene in the painting: the judges read everything from mystery stories to poems written from the perspective of the lamps in the trees (a couple of our Highly Commended choices)! One of our winning writers this week also sent an updated version of the painting, apparently made for her by Renoir himself, to go with her story (thanks, Ruby!).

Honorable Mentions
“Lost Lisette in a Crowd” by Joyce Hong, 10, Oakville, ON
“Allia T. and the Case of the Disappearing Violinist” by Naomi Kap, 11
“An Atypical Guest at the Moulin de la Galette” by Amruta Krishnan Srinivasan, 9, San Jose, CA
“Mama’s Mask” by Michela You, 11, Lexington, MA
“The Journal Entry of a Pessimistic Person” by Charlotte Zhang, 11, Portland, OR

Congratulations to our winners and honorable mentions, listed below. You can read the winning entries for this week (and previous weeks) at the Stone Soup website.

Highlights from the past week online

Amruta, 9, answered the Daily Creativity prompt where we asked you to imagine COVID-19 as a supervillain. Take a look at her illustration on the blog.

Callum’s poem “Static” plays with the two meanings of the word. Read the poem and Callum’s explanation of his time in quarantine.

Read Anya’s update from the 12th and 13th meetings of the Stone Soup Book Club. Most recently, the book club has been discussing Amal Unbound by Aisha Saeed, and the next book on the list is Harbor Me by Jacqueline Woodson.

Daniel, 10, reviewed Kwame Alexander’s The Crossover. Read what Daniel thinks about the book that deals with family, grief, and basketball.

Saanvi, 8, wrote an adventure story with an evil Captain Corona as the villain. Can you guess what the character represents?

Have you ever been to Portugal? Vivaan continues his travelogue series with a post about his visit to the European country. Check out the post to read about Vivaan’s experiences and see some photographs of notable sights.

We published an artwork by Chloe, 9, titled A Wish for a Better Tomorrow. What kind of emotions does the piece evoke for you?

Read some of the work produced at last week’s writing workshop, where participants focused on alliteration.

Alexis, 13, reviewed The Mysterious Benedict Society by Trenton Lee Stewart. Read her review to find out why she found the book "captivating."

Alexandra, 12, wrote an uplifting song on the guitar called “Free.” Take a listen and leave a comment to let Alexandra what you think!

Serena, 9, reviewed the book Restart by Gordon Korman, which has an interesting premise involving amnesia, bullying, and friendship. Find out what Serena thought of the unique book.

In “A Day in the Life of a Mask,” Andrew, 11, chose to tell the story from the point of view of the mask itself! Read about the mask’s journey from the store to the hospital.

From the Stone Soup blog July/August 2020

A Day in the Life of a Mask

A used face mask lay in the biohazard bin, where it had been placed once the doctor had finished his workday. He remembered the days of when he had just been created and was waiting to be shipped away. He was loaded into a box with other masks, then loaded into another box, then those boxes were loaded into a large steel shipping container. The containers were put on trucks. The trucks drove to the port, and the containers were loaded onto a large cargo ship. The masks sailed for about a week and arrived in Seattle. They were unloaded from the ship and taken from the container and loaded onto trucks. They then were driven for a few days and arrived in New York City. They were unloaded from the truck and stocked into a Walmart.

A few days after the masks’ arrival, before the pandemic, in the small pharmacy section of the Walmart, the surgical masks were being bullied.

“And useless!” agreed a box of Band-Aids.

They were stuck on the bottom shelf, while the bullies were on the top. The masks were at the bottom of the pharmaceutical hierarchy, and they were bullied by nearly everyone: the painkillers, bandages, vitamins, shampoo, and even the adult diapers. Most customers walked past, and barely anyone even looked at them. Those who did were mostly kids who were playing while their parents picked up a prescription. The masks endured weeks of this teasing and neglect until finally, they were bought.

They sat in a garage cabinet for a few months. They were then loaded into a bag along with other masks and boxes of rubber gloves, and driven to the hospital. They were bookended on one side by boxes of pizza and on the other by jugs of water. The trunk also smelled of wet dogs and mold. The pizzas kept singing the word “pizza” to the tune of Nessun Dorma, and the jugs kept rolling around the trunk, slamming into everyone.

“Will you please stop rolling around?” the masks pleaded. . . /MORE

Previous Post: « Flash Contest #15: Write a Story or Poem Inspired by a Renoir Painting: Our Winners and Their Work!
Next Post: Daily Creativity #86 | Flash Contest: Write about a Character Waiting »

This site uses Akismet to reduce spam. Learn how your comment data is processed.

Join us in saying YES to kids—Support Stone Soup Today!